Toward Greener Malaysia - Here's why you should consider Cloth Diapering

Sodium Polyacrylate: The "super absorbent layer" in most disposable diapers contains sodium polyacrylate, a highly absorbent material that can absorb more than 200 times its weight and hold it in a gooey gel. But is it worth it? In 1985 this material was banned from being used in tampons because it was linked to Toxic Shock Syndrome. The gooey gel formed during the absorption process can stick to a baby's skin and cause skin irritations and infections (the diaper rash that won't go away!) Plus, the chemical is just plain dangerous. Children who have accidentally ingested as little as 5 grams (1 heaping teaspoon!) of sodium polyacrylate have died.

Dioxin: Dioxin is listed by the EPA as the most toxic of all carcinogens. It has been associated with cancer, liver disease, miscarriage, immune-system depression, birth defects, and genetic damage in a variety of laboratory animals. It is a by-product of the bleaching process used in the disposable diaper-making industry. It is banned in many countries but not in the US.

Tirbutyltin (TBT): This chemical has been found in disposable diapers. It is a toxic chemical that can disrupt the hormonal system. It has a negative impact on our environment.
We also know that disposable diapers, outranked only by newspapers and food/beverage containers, account for more than 2% of landfill waste. We also know that most disposable diaper consumers do not dispose of the solid waste in the diapers before throwing them away. Disposing human waste in our landfills is an environmental health hazard and disease concern.
If cloth diapers save consumers money, are likely better for the environment and the health of our children, why are disposables so popular? The simple answer is perceived convenience! However, if you haven't considered cloth because you thought it would be too hard or inconvenient, take some time to reconsider. Cloth diapers have evolved! There are many kinds of diapers and fabrics to choose from. You can buy commercial cloth diapers or support WAHMs (work-at-home moms) who make them. Using and taking care of cloth diapers is probably a lot easier than you think - and it will save you money in the long run.

[1] For a timeline concerning the politics of cloth versus disposable diapers, see: The Politics of Diapers: A Timeline of Recovered History 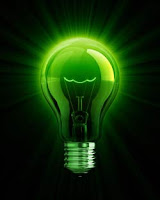