SAHP - Giving up a career or gaining a worthwhile one? By GAYATRI UNSWORTH

August 04, 2010
When my husband and I first found out about my pregnancy, naturally one of the first questions that arose was who would be looking after the baby? In a country where childcare is often outsourced to foreign maids or local babysitters, it seemed a no-brainer to pay someone else to look after our baby.

Yet, neither of us felt comfortable with the idea of placing the safety and well-being of our future child in the hands of virtual strangers. The constant stream of news reports highlighting the latest child abuse and neglect cases also did little to boost our confidence in the possibility of such an arrangement and so we began considering other options.

I was fortunate that my mother is semi-retired and offered to look after my baby once I returned to work, after the two-month maternity leave period. This arrangement worked wonderfully to begin with and I went off to work fully reassured that my child was in good hands and was being given all the love and care that she needed.However, as she began growing I started to realise that I was missing out. Despite working flexible hours as a tertiary educator, the half a day or so I was away from my baby began becoming more and more unbearable. I’d constantly think of her at work, wondering if she was doing anything new and thinking about what I was passing up. It was heartbreaking to come home and hear progress reports from my mother as to what my baby had done whilst I was away; I felt that I should be the one telling others about her developments.

Initially, it didn’t naturally occur to me to quit my job and become a full-time mum. In my family, the women are raised to be independent and self-sufficient. My mother was, and still is, a very successful career woman and therefore, such ambition and drive were instilled in my sister and I from a young age. Such an upbringing conflicted greatly with my increasing thoughts about resigning. I also felt guilty about not maximising the worth of my overseas graduate and post-graduate education which cost my parents considerably.

At the same time, however, I knew that becoming a full-time caregiver for my child would be the most worthy job of all. After great deliberation and discussions with my husband, I took the plunge and became a stay-at-home parent (SAHP); a decision which received unexpected and mixed reactions.
Interestingly, all the men I knew were very supportive of the idea and congratulated me on it, whereas most of the women I knew reacted quite adversely. Perhaps to the former I was appealing to their traditionalistic instinct and to the latter I was taking the feminist movement back by a few decades. I had to reassure many a female family member and friend that I wasn’t condemning myself to a lifetime of donning chequered aprons, baking apple pies and running after snotty-nosed offspring. They nevertheless seemed unassured.

Even those with children couldn’t understand my decision. According to them (and some were quite serious when they said this) they spent much of their time devising ways in which to avoid time with their children and here I was willingly seeking such an arrangement on a 24-7 basis.I’ve been a full-time mum for seven months now and my only regret is that I didn’t do it from the beginning of my daughter’s life. Being able to be the first one to greet her when she wakes up, cuddling in bed with her, before making her breakfast and giving her a bath might seem like mundane tasks to many but to me it’s what makes my day worthwhile.I used to come home exhausted from work and try to simply make it through the few hours I had with her before she went to sleep whereas now I can focus on her entirely and enjoy time with her, rather than merely trying to get through the day. We read, go to various playgroups, take long walks in the park, splash in the bath or pool for extended periods, dance and sing to our heart's content, and quite simply do as we please.

Whilst before I had time limitations and had to follow a strict routine in order to fulfil work obligations; now, I can work around my daughter’s needs and natural development. Again, I’m incredibly fortunate to be in a position to be able to sustain this arrangement and I also have a full-time housekeeper who looks after all the domestic chores allowing me to focus on my daughter completely.Contrary to the concerns of some, I haven’t lost my personality or drive to do other non-childcare related activities. I still travel, write and work on various different projects that take my fancy; the only difference is that I do it from home and with a toddler running around. Oh, and I don’t get paid (unless of course you count all the cuddles and kisses I get).

It’s not all peaches and cream, either. Like any job, this too has its ups and downs. On some days, when my toddler decides that she won’t sit down for a single second or have any naps, I miss the relatively relaxed pace of my former job and on other days, I am so happy to be home with my little girl that I cannot imagine being anywhere else. 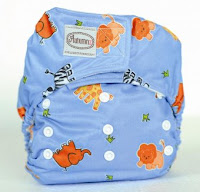 I realise that not everyone is as fortunate as I am to be able to support and afford becoming a full-time parent but for those who are, even if it means that your bank account might be slightly less healthy, I’d say it is the best thing that you can do, both for yourself and your child.

I don’t and have never viewed becoming a full-time mum as putting my life on hold. I’ve merely embarked on a different path at this point in time and when my daughter begins school in a couple of years, I will resume my career but in the meantime, I take great comfort and pride knowing that she is cared for by someone who has unconditional love, commitment and devotion for her.

Gayatri Unsworth is a 29-year-old mother, academic and writer who is learning more and more about herself, and the world at-large from her 1-year-old toddler. She can be contacted at gayatri.unsworth@gmail.com.