Is plastic making us fatter? - By Lori Bongiorno

July 08, 2010
Researchers are exploring how some of the synthetic chemicals used in plastics, cosmetics, toys, and other ubiquitous products may be contributing to the rise in obesity in the United States. What you eat and how often you exercise are still obviously extremely important, but researchers are finding that exposure to certain chemicals at critical times of development may predispose you to becoming fat and may make it harder for you to lose weight as an adult.

The chemicals, known as obesogens, mimic natural hormones and can wreak havoc on your endocrine system. Obesogens may explain why we all know skinny people who eat whatever they want and others who gain weight even if they watch everything they eat.

How exactly do obesogens program your body to gain weight? Some can cause your body to make more fat cells, which stay with you for life. Although having more fat cells doesn't mean you'll definitely be overweight, it does make it harder to lose weight. "Fat cells want to hold onto fat," says Robert Lustig, an endocrinologist at the University California, San Francisco. "They will go to the mat to hold onto their fat. They do not want to give it up."

Obesogens can also affect your metabolism (how quickly your body burns calories) and how quickly your hunger is satisfied. Timing of exposure is critical. The data so far indicates that development (in utero, and the first few years of life...perhaps even to puberty) is the most sensitive period, says Jerrold Heindel of National Institute of Environmental Sciences (NIEHS), who recently published a recent paper on the latest science of obesogens in Molecular and Cellular Endocrinology. Researchers at Tufts found that rats who ingested bisphenol-A from pregnancy through lactation had offspring that exhibited an increase in body weight that continued into adulthood.

The bulk of the research so far has been done in lab animals. "The evidence is extremely strong in animals that if you expose them to any of a handful of compounds they will be fatter in adulthood," says Bruce Blumberg of the University of California, Irvine, who has published several studies on obesogens. "The animal experiments are very compelling because the way that you make fat cells in rodents and humans works exactly the same way. The general principle is that whatever makes a mouse fat is highly likely to make a human fat."

The studies that have been done in humans so far show a correlation between obese people and higher levels of obesogens, but have yet to show cause an effect, according to Lustig, but those types of studies are coming. A Belgium study published last year in Environmental Health Perspectives found that intrauterine exposure to environmental pollutants predicted weight gain of patients in first three years of life.

What can you do while you wait for more human research to be done? It makes sense to avoid obesogens, such as bisphenol-A and phthalates, when you're pregnant, nursing, or have young children. Two ways to get started: Use glass and stainless steel instead of plastic to store food and drinks and avoid personal care products that have synthetic fragrances. 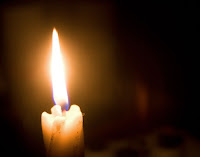 Environmental journalist Lori Bongiorno shares green-living tips and product reviews with Yahoo! Green's users. Send Lori a question or suggestion for potential use in a future column. Her book, Green Greener Greenest: A Practical Guide to Making Eco-smart Choices a Part of Your Life is available on Yahoo! Shopping and Amazon.com