July 16, 2010
Sentuhan Bayu: I read earlier either this week or last, the government won't raise subsidised item soon. But, only last night we were slapped with price hike. Yes, it is not much - according to the government. Unfortunately, most rakyat like us ( who is only lower & middle income group) is already struggling as it is.
Before I rambling more nonsense, read this. I'll go & hunt for that old news.

Govt’s bold move will have minimal impact on people, says PM - Friday July 16, 2010
KUALA LUMPUR: The Government’s bold move to cut subsidies for sugar, petrol, diesel and liquefied petroleum gas will have minimal impact on individuals and families.
Prime Minister Datuk Seri Najib Tun Razak said the Government will adopt an approach that will not burden the people when implementing the subsidy rationalising plan.
“The rationalisation move is necessary to reduce Government expenditure and strengthen the country’s financial position.
“It will help reduce the fiscal deficit so that world and local markets will have more confidence in the national economy,” he told reporters in Kedah.

A statement from his office said fuel prices were still considered the cheapest in the region even after the increase.
It also said the sugar subsidy cut would help to promote a healthier lifestyle.
The overall reduction in government expenditures will allow investment in the nation’s future in education, community development and job creation. 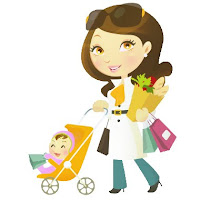