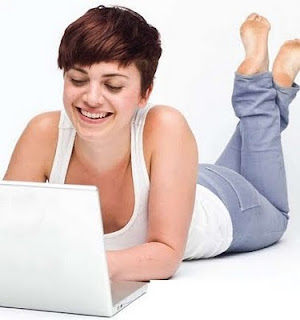 IN a class of five- and six-year-olds, there will be children with different levels of abilities and interests. Some like to sit quietly to listen to stories, while others prefer to tell their own stories.Whether it’s reading or maths lesson, children need to work off their irrepressible energy.They want to be able to show off what they already know and can contribute.


M, a five-year-old boy, is a challenging child, according to his teacher. She has not been able to get him to do much writing work like the rest of his friends in class. He is not one to sit still.The day I replaced his English teacher for a session, I found him most interesting. He was not only a student in the class, but a teacher. He had ideas of his own.Being his usual self, he decided to do his own thing. He was focusing on recipe writing like the rest of the class. It was just that he did not follow what was written on the board. I thought he might want some help. So I called another child, who had completed his work, to give him a hand. This turned out to be quite interesting.M did some writing on his own but was delayed by his own ideas. He took out a storybook and copied the pictures from the pages related to the writing that he was doing.

The rest of the class dutifully copied everything on the board and handed in their exercise books when they were done.M depicted his work through his pictures and not words. They meant more to him than the few lines of words.Children can take initiative in their work when they are given the freedom to do so. Sadly, this does not happen very often in many classrooms.Many people believe that children should learn to pick up the necessary technical skills in reading and writing first, before they start expressing their ideas.So children often spend their time writing in workbooks and exercise books at school and at home.Their ideas are ignored because they have not the qualifications to really know what is right for them.

To promote creativity in children, we must give them the right environment to work in.The work that they do must be important to them. Expecting them to sit quietly and write lines of words will not make them any wiser or more creative.Children need to find ways to express their ideas in pictures or in words.They can also create their ideas in clay structures or paper mache. Some may like to dance and sing to express their ideas.
I worry when I see children sitting perfectly still in their chairs writing away lines of words or numbers. It is just not natural. They like movement and they have a lot to say. They want interactions between adults and children, not instructions. I met another five-and-a-half-year-old boy many years ago. He is now probably in his mid-twenties doing what he really likes – writing. His mother told me that he was studying journalism.
When he was attending my daycare programme, he would ask for the recipes to the snacks and drinks he enjoyed every afternoon. He copied them down carefully. When asked why he needed the recipes, he responded: “These recipes are for my mother. Now she will know how to prepare the same food for me.”

Children can learn to be responsible if they are allowed the freedom to lead and to create.Their development as individuals is more complete when they take charge of themselves and what they learn.The time I spent with M and his classmates made me realise that children could be their own teachers. All they really needed was for me to support them when they were on the right path and offer them guidance when they needed it.
When two children fought over some toys, another child immediately suggested that I send one child packing home and not let him continue playing in the class. They knew what to do in every situation.

Children learn best when they are deeply involved.When they can identify with what they are doing and learning, they will want to participate and pay attention. Children can stay focused in activities that they are interested in. If we can only accept how children learn best, we will not be demanding that they complete pages of homework that they find rather boring. Instead, we can encourage them to create their own homework which they feel is important; this can make learning more effective. When acceptance is combined with positive expectations, children are made aware of their own strengths. They will discover the potential within them.