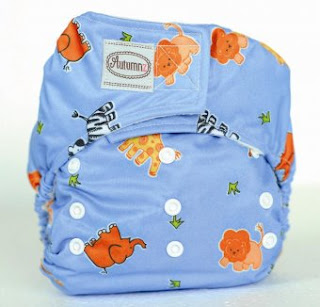 Sentuhan Bayu: I must say I love this article from Alphamom.com. It comes with 3 part. Read On


Why I fell hard for Cloth Diapers

You know, before I started cloth diapering I was always baffled by the fervor of the cloth diapering people because OH MY LANDS, could they ever go on and on and on about cloth diapers. I mean, I get the landfill thing and all that, but the excitement seemed to go deeper than that typical smugness people get from their reusable grocery bags and their hybrids and their compost piles. These people seemed genuinely jazzed about diapers.

I really…don’t know how this happened. I mean, I am LAZY. I am one lazy, lazy mother. Mutha, even.

But I love cloth diapering. I do!

Let’s start out with the obvious: cloth diapers are cute. CUTE. They are a super-cute accessory for — let’s not lie — the cutest part of your baby’s body. The colors! The little pants! The fuzzy interiors! The bootylicious shape! And did I mention the colors?

You can go back and forth over the environmental impact of your diapering choices all you want (and there are studies that support the idea that the energy used to wash cloth diapers is just as bad as the disposables piling up in the landfills), but there’s no question that cloth beats everything else in the Adorability Department.

How do Cloth Diapers Work?

But! Fine. Let’s get down to the nitty gritty details: How do they work? Do they really get clean? Are they gross and smelly and yucky and ewwwww poop?

I opted to go with pocket-style diapers. (There are 243,793,450,138 different styles and options and I won’t lie, I got so confused by all the lingo on the cloth diapering sites that I gave up and emailed bloggers who use cloth for recommendations.) Pocket-style cloth diapers really resemble disposables — there’s a cute outer shell/pant thing that you stuff uber-absorbent inserts into. They fasten with snaps or velcro or snaps AND velcro and are crazy adjustable — you’ll notice the weight limits tend to run from 15 to 35 pounds or so. (To give you an idea of that range: Ezra weighed 15 pounds by four months, while Noah currently weighs around 33 pounds at three-and-a-half. So they wear the same size. Glorious.) (Noah, despite being on the high end of the weight range, is so skinny that he still isn’t on the loosest snap setting on a medium Fuzzi Bunz, that technically says it’s for 15-30 pounds.)

The diapers come with inserts, though you can totally get sucked into a shopping wormhole by all the other, additional inserts and doublers and stuffing-type things that are out there. (Microfiber! Hemp! Unbleached cotton! Flushable! Oh my!) Fuzzi Bunz come with one microfiber insert, but I found that I need TWO inserts (or one insert and one cheap pre-fold) at night, or even just during naps for Noah. bumGenius diapers come with an insert AND a doubler (a smaller, thinner version of the insert), which worked great last night for both boys without making the diapers so big and bulky that I can’t get pajamas on over them.

How Often Do I Need to Change Cloth Diapers?

Okay. Now for the gross part: changing and washing. I cannot lie: disposables hold more pee than cloth. Cloth diapers, despite being All Kinds Of Fancy these days, will hit their maximum wetness capacity sooner than a disposable and will leak if you don’t change them. (Thus, a lot of cloth diaper users will admit to using disposables on long car trips or even at night.) This could be a deal breaker, or it could be the reason you finally slap your forehead and realize why your baby’s butt always looked so red and rashy. (You cannot use diaper rash creams with cloth, but luckily, you won’t need them, provided your detergent doesn’t bother your baby.) I have not had a single “blow-out” diaper since switching to cloth, thanks to the elastic waistbands, but I had a few pee-leaking incidents early on.

For wet diapers, which is about 95% of the diapers you change for a non-newborn, you simply open your diaper pail and shake the insert out into it, then drop the outer pants in, where they stay until you’re ready to do laundry. (We use the same diaper pail as we did when we used disposables, just with a waterproof laundry bag as a liner instead of a plastic garbage bag.) For soiled diapers, you shake whatever you can into the toilet. For a toddler, this is the easiest thing in the world since everything is kind of solid anyway. For a non-solid-eating baby, there’s often nothing really solid enough to shake, and you can honestly just rinse off the worst of the muck in the sink or give the diaper a quick dunk in the toilet — don’t soak it, that’ll amp up the smell in your pail. Or just toss it in the pail as-is, if you plan to wash it relatively soon. For babies somewhere in between, you can buy a diaper sprayer that hooks up to your toilet, or flushable liners that catch the solids BEFORE they hit the diaper. (I bought some, haven’t used ‘em yet, since we’re still mostly breastfeeding, topped with a couple teaspoons of sweet potatoes or cereal.)

Now. Washing. The washing instructions that come with your diapers will scare the crap out of you, no pun intended. The debate over the best detergent are endless, with one website recommending one kind while another bashes that kind and the only semi-universally recommended ones are these weird specialty detergents that aren’t sold ANYWHERE except online, but if you use the “wrong” detergent you will get RESIDUE! and REPELLING! and LEAKING! and the SEVEN HORSES OF THE APOCALYPSE!

Here’s what I do: I toss the diapers in the wash. I run a cold soak or pre-wash if we’ve got some super messy ones. Then I turn on the hot water and run a regular cycle, using less than half (honestly more like a 1/4) of the “usual” amount of whatever damn detergent I have on hand. (You DO want to stay away from fragrances and brightening agents and oils and real soaps, but dude, THIS IS REALLY HARD, unless you order one of the specialty detergents, and frankly, that’s the one thing about cloth diapering that is just too damn high maintenance for me.) Then I dry them on low, and everything gets super clean and smells fine and then I re-stuff them and fold them while watching TV at night, surveying my cute little piles of diapers and OMG THEY ARE SO CUTE. Once a week, I wash all of them with a couple scoops of Oxi-Clean and no detergent, just to ward off any of that terrible residue and repelling stuff that might happen because I’m using a three-star detergent instead of four or five.

And one thing: I find a lot of things gross. Some stuff does make me squeamish. Bugs that crunch when you kill them. Horror movies. The scenes in Gordon Ramsay’s Kitchen Nightmares where he reveals how filthy and infested the restaurant’s kitchen is. My children’s poop? Please. It just…doesn’t. Over it. So taking 10 seconds to rinse out a diaper while holding on to a perfectly clean corner of it is like, not a big deal. I mean, I could tell you STORIES, people, of just how intimately acquainted you may get with your child’s waste and bottom business IN SPITE of using disposables, but I would like my kids to talk to me when they are teenagers, especially after ALL I DID FOR THEM AND THE POOP I DEALT WITH. So…just saying. There are grosser things out there.

How many Cloth Diapers does baby need?

I bought 15 Fuzzi Bunz> and 12 bumGenius — more than you need for full-time use with one baby, but we’re using two a day for Noah as well, plus…you know. LAZY. The entire cost was around $450, and will hopefully see us to the day when both boys are fully, totally, no-doubt-about-it potty trained, if that helps with anyone’s cost-savings-potential math. (Although when we travel? We’re packing Pampers, people.)