BANDAR SERI BEGAWAN: The Sultan of Brunei has divorced his Malaysian wife after five years of marriage. Sultan Hassanal Bolkiah, one of the world’s wealthiest men, married Azrinaz Mazhar Hakim, a former Malaysian TV news journalist, in 2005. Azrinaz gave birth to the Sultan’s 11th child, a baby boy, less than a year later and a daughter in 2008. Brunei’s palace announced on state television and radio late yesterday that the Sultan had divorced Azrinaz and revoked all her royal titles.No other details were made available, AP reported. The live broadcast at 8pm yesterday is also available on the Radio Television Brunei website at http://www.rtbnews.rtb.gov.bn/?c=newsDetail&news_id=10094.
The 139-second footage, shows the special announcement made by the Grand Chamberlain, Pengiran Haji Alauddin bin Pengiran Paduka Tuan Pengiran Haji Abu Bakar. Pengiran Haji Alauddin said the Sultan announced the first stage divorce (talak satu) upon Azrinaz. The divorce is based on special reasons.

Azrinaz made headlines five years ago when she married the Sultan in a closed ceremony in Kuala Lumpur attended by family members, relatives and close friends of both bride and groom. Azrinaz took a diploma course in broadcasting at the Malaysian Institute of Integrative Media (MIIM) or Akademi TV3 in 1997 and started work as an executive journalist with the station two years later.
She won TV3’s Promising Journalist for 2000 award and received an MIIM Alumni Award in 2002.

SentuhanBayu: Well, I guess "and they lived happily ever after...." only exist in fairy tales. 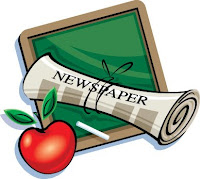