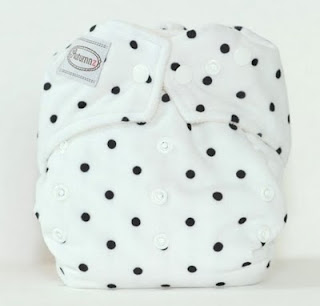 Back in the early 1990s, when environmental awareness was at a peak, many states were considering taxing the sale of disposable diapers, or perhaps banning them altogether.

The use of disposable diapers is now so prevalent that many parts of the country no longer have diaper services. What happened during this time that caused such a remarkable shift in thinking?

In 1990, Proctor & Gamble, the nation’s largest manufacturer of disposable diapers, commissioned a study on the environmental impact of disposable diapers. The results of this study were used to create an advertising campaign showing tree roots planted in compost with the caption, “90 days ago this was a disposable diaper.” The ad was pulled after several lawsuits challenged its misleading message.

The fact is no composting facilities in the country could handle disposable diapers—a situation that has not changed since then.

In response to this ad, the National Association of Diaper Services (NADS) (www.diapernet.org) issued several reports showing the strong environmental advantages of cloth diapers—but it was too late. Public opinion had been swayed, and the damage was done.

Cloth diapers are better for the environment. Here are a few of the reasons why:

Eighteen billion disposable diapers are placed in landfills each year. They take as long as 500 years to decompose.
Disposable diapers make up the third-largest source of solid waste in landfills, after newspapers and food/beverage containers.
It takes more than 82,000 tons of plastic and 1.3 million tons of wood pulp (a quarter of a million tress) to manufacture the disposables that cover all the babies in the United States right now.
The wastewater produced from washing diapers is benign, while the wastewater from the manufacture of the pulp, paper, and plastics used in disposable diapers is toxic, containing dioxins, solvents, sludge, and heavy metals.
The Landbank Report, an independent review and evaluation done by a London environmental agency, concluded that compared with cloth diapers, throwaway diapers use 20 times more raw materials, three times more energy, two times more water, and generate 60 times more waste (The Landbank Consultancy Limited, “A Review of Proctor & Gamble’s Environmental Balances for Disposable and Re-usable Nappies,” July 1991).
Damage to the environment by using disposable diapers is only one factor in your choices about diapers. Another factor is the health and comfort of your baby. Consider these points:

Superabasorbent disposable diapers contain a substance called sodium polyacrylate that absorbs up to 100 times its weight in water. When you change a baby that has worn one of these diapers, you may notice clear beads of this gel on her genitals and bottom. No studies have been conducted on the effects of sodium polyacrylate on infants, many of whom are exposed to it 24 hours a day for years.
Dioxin, a toxic by-product of the paper bleaching process used in making disposable diapers, is present in them.
Recent research has indicated that disposables may be a trigger for asthma, due to the release of chemical fumes. No similar response occurred in the cloth diapers tested.
A German study found a possible link between plastic diapers and male infertility. Further studies are needed to see if these effects are long term.
Disposable diapers seem to cause more skin problems in babies. Cotton seems to “breathe” better. Disposables are so well sealed that a baby can go for hours without a leak—but that same seal gives bacteria a fabulous breeding ground as well, and the ammonia that develops in the bacterial breakdown of urine has nowhere to go.
Babies in cloth diapers tend to be changed more frequently, whereas the sense of dryness that disposable diaper gives may cause the parents to leave it on the baby for hours.

As well, experts tend to agree that toddlers who use cloth diapers potty-train earlier. There is a very good reason for this. Children who wear disposable cannot feel the dampness of their diapers. There is simply no incentive to learn to use the toilet.

What you will need if you decide to use cloth diapers:

Three to five dozen cloth diapers and five diaper covers (or five dozen all-in-ones, which are diapers with built-in covers)
Diaper pins, clips or Snappis (pinless clips)
Two to three dozen cotton washcloths
One to three washable, waterproof bags for carrying soiled diapers while traveling
Diaper rash cream, lotion, or powder of your choice (don’t buy talcum powder; it is dangerous to breathe in)
A diaper bag or backpack that you really like. You might find one with a changing pad and a place for your wallet, as well.