Have rules vs no rules


Is it better to have rules or have no rules when bringing up children? On one hand having rules helps guide them and teach them about what is acceptable behaviour. On the other hand, rules can be stifling and they tend to limit children's creativity, preventing them from thinking for themselves and thinking out of the box.
Let's see what a psychologist and a parent have to say on the matter.

"It depends on what type of rules you are talking about. We human beings are always governed by law. In any country there are rules. If you want to bring up children without rules it will be quite tough because children being children, they do not know how to control themselves because they are not mature enough to make decisions and solve problems.

So, rules are important especially if you want to guide them against doing things that are socially not acceptable. But if you have too many rules then the child feels very restricted and suppressed. Children are like that. If you tell them don't do something, they will do it.

So, you need to strike a balance between having rules and not having rules. Rules are important to mould children to have morals and values. However, without rules children will be empowered to do things beyond our imagination. Having no rules is good if it leads to something positive but if without rules they just run wild then it's not good. So we need to strike a balance.

We have many types of parenting styles but the three common ones are the authoritative, autocratic and permissive. Autocratic parents are those who are very strict with rules. The parent has all the say and the child has no say. When they are younger, the children will listen to you because they don't have any power but when they become adolescents, they have verbal power (they can talk back), behaviour power (if they go silent) and motive power (you do not know what they are doing behind your back).

By late adolescence when you realise your rules are too strict it's too late because by then the child might not be talking to you and there's no communication. If you are too strict the child might become very timid, a follower and not a leader and an introvert. Because they are not allowed to express themselves, they internalise everything and this can lead to a lot of emotional problems. This will also affect their parenting style when they grow up and become parents themselves.

There is another type of parent who doesn't set rules. This is the permissive parent. This is when anything goes and you find the child is doing anything he or she wants to including hitting others. That is also very bad, I think. In this case the child will turn out too daring and bold or does not respect others' rights.

I think that parents should take the middle path and strike a balance. This is what we call authoritative parenting.

Rules must come with love. Don't set rules without love."

Nur Anastasia Abdullah, mother of two:
"It is important to have rules when bringing up children. Rules are important because as parents, it is our duty to set boundaries for our children in order to guide them in their actions. When parents set rules, they should take the responsibility to explain to the child the reason for the particular rule and the pros and cons of the said rule. This will help the child to understand better and be able to differentiate between right and wrong.
When my children were toddlers, I had rules for mostly everything. However as they were growing up and proved that they could be trusted to do the right thing, the rules reduced over the years. Sometimes a new set of rules will have to come in as children grow and enter different phases in their lives, e.g. becoming teenagers.

If our children do wrong by the rules, we must talk to them and find out the reason for their actions as sometimes, things could seem different from a child's point of view. Parents are not always in the right just because they are adults and we must remember that rules are there for a reason and not seen as punishment by the children. My siblings and I were raised with rules and as we were growing up there were times that I used to think my parents were not fair. However, my parents took the time to explain to us the reason they had certain rules and we understood that they were only doing it because they loved us. I am very grateful to my parents for their rules as it is because of their actions that I have become the person I am today and am able to bring up my children in a responsible manner. When children do not know how to differentiate between right and wrong, they will not know whether their actions are acceptable or unacceptable and thus will not respect other people and their surroundings.

An example of a basic rule: Children should be taught from young not to interrupt a conversation. If children are not taught this basic rule, they will interrupt conversations even when they become adults as they do not see anything wrong with this.

I taught my children when they were toddlers that if they wanted to interrupt while I was talking to another person, they should count till 10 before interrupting. As they grew older and could understand more, I explained to them that they should think if it was really urgent to speak their mind at that time or if they should wait longer.

When children have been following rules from young, it becomes a way of life and eventually they will be able to determine on their own whether they have acted in a responsible manner or not. What I did to teach my children to think on their own was to explain to them the possible consequences of following / not following a rule. I would ask them to chose the path they wanted and ask them to explain to me the reason they chose the particular path. In this way, they learned from young to think responsibly on their own.

In my opinion, parents will still be able to bring up their children without any rules, if they choose to, but in most cases where this happens, children grow to become irresponsible adults." 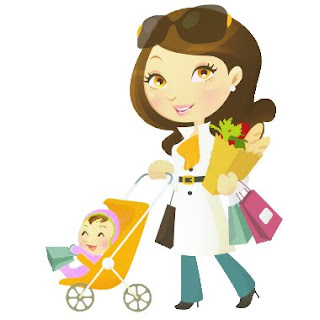