Before You Buy Cloth Diapers

April 20, 2010
By Heather Corley, About.com Guide
Cloth diapers are increasingly popular with parents who want to reduce the environmental impact of diapering their babies, and also with those who are concerned about the effects of chemicals in plastics and bleaches on their children. There are many styles of cloth diapers, from basic prefolds with covers, to all-in-one diapers that are nearly as convenient as disposables.


What Are Cloth Diapers?

A cloth diaper traditionally consists of an inner cotton absorbent layer (the diaper itself) and a separate waterproof outer layer (diaper cover). Today, there are many variations of the classic cloth diaper, from
fitted styles that better prevent leaks, to all-in-one diapers that don't require any separate pieces, to pocket diapers with customizable absorbent layers. Today's cloth diapers also come in materials such as bamboo and unbleached, organic cotton. You can choose the style that works best for your baby and budget, but it may take a bit of trial and error to find the cloth diapering system you like best.

Are Cloth Diapers Easy To Use?


Some cloth diaper styles will take more practice to use than others. All-in-one cloth diapers are generally just as easy to use as disposable diapers (aside from disposal), since they're modeled after that style and don't require separate layers. Traditional cloth diapers require some folding and layering to work properly. All cloth diaper systems require a diaper pail to store used diapers before washing, and if you're away from home you'll need to bring the wet or dirty diapers home with you for washing. The actual laundering isn't too difficult, though some parents have intricate diaper washing systems.

What Do Cloth Diapers Cost?


Finding the style that works best for you and your baby, choosing the right sizes, and learning to use the diapers properly will all help cloth diapers work quite well. You can't let baby sit in a wet diaper for as long as you could with a disposable diaper, so you'll need to be more vigilant about diaper changes to avoid leaks. Similar to disposables, not all cloth diaper styles will work well for all babies, since babies come in lots of different shapes. Stopping leaks may require some trial and error.

Cloth diapers tend to be much cheaper than disposables. If you choose the most expensive styles and materials, you can cut costs by buying used, by spreading the costs over more than one child, or by selling the cloth diapers later. When changed often enough, some babies may get fewer rashes with cloth diapers thanks to more natural materials. Cloth diapers won't clog landfills like disposables. By washing less often and drying in the sun, you could reduce the environmental impact further. Cloth-diapered babies tend to potty train sooner, likely because they can better feel the wetness against their skin.

What Is The Environmental Impact Of Cloth Diapers?


If you have an efficient, front-loading washer, your water usage will be much less than those with older, top-loading washers, by an estimated 40 percent. Washing lots of small, partial loads creates a bigger environmental impact than washing full loads only. While the impact of manufacturing cloth diapers is less than disposables, cotton diapers also have their issues. Cotton requires many inputs to bring it to a bleached, diaper-ready state, and each puts a strain on the earth somehow. Choosing unbleached, organic cotton, or materials like bamboo that require fewer inputs, can reduce the impact. 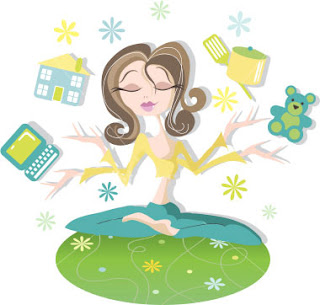