newsdesk@thestar.com.my
PUTRAJAYA: The traditional light bulb will no longer be available by January 2014.
The Government will stop all production, import and sales of the bulbs by that date as part of efforts to save power.
Traditional light bulbs, also called incandescent light bulbs, are considered less energy-efficient and, as a result, not as environmentally-friendly as compact fluorescent lamps, fluorescent tubes and light-emitting diodes.
Power, Green Technology and Water Minister Datuk Seri Peter Chin, who announced this yesterday, said the move to stop the use of these bulbs would help reduce carbon dioxide emissions by 732,000 tonnes a year
“The shift to more energy-efficient bulbs will help reduce energy usage in the country by 1,074 gigawatts a year. This is 1% of the total current usage,” he told a press conference after launching his ministry-level Chinese New Year celebrations.
In money terms, Chin said the shift would save RM336mil a year in energy costs and this would allow consumers to better deal with any increase in tariffs that might occur in the future.
Chin said the phasing out of the bulb would be implemented in two phases. The first phase, from January to December next year, would involve stopping all production, import and sales of 100 watt or higher capacity bulbs.
The second phase, from January 2012 till the end of 2013, will see an end to the production, import and sales of all other light bulbs.
He said the move was in line with Prime Minister Datuk Seri Najib Tun Razak’s commitment to reduce carbon intensity by 40% by the year 2020 that was made during the United Nations Framework Convention on Climate Change Conference that was held in Copenhagen in December last year.
In a related development, the Housing and Local Government Ministry has proposed the use of LED bulbs to replace conventional light bulbs in street lamps.
Minister Datuk Seri Kong Cho Ha said a 60W LED bulb gave out the same amount of light as a 250W conventional light bulb. This level of light was the minimum requirement under ministry guidelines.
Kong, who was speaking to reporters after launching the Manjung district-level Ops Cerah in Lumut on Wednesday night, said the Government could save a lot on electricity if street lamps in the entire country used LED bulbs.
Sourced from The Star 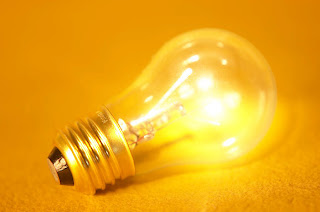